We’ve published the catalogue of Igor Zabel’s exhibition Inexplicable Presence (Curator’s Working Place). The exhibition was held at Ljubljana’s Moderna galerija/Museum of Modern Art in 1997 and at the Celje Gallery of Contemporary Art in 1998. The posthumous publication emerges from the recent finding of an outline of the catalogue that Zabel intended to self-publish.

As a starting point, Zabel sent his short story entitled Inexplicable Presence (which you can download and read on the link), together with a photograph of the place that plays a crucial role in the story and a presentation of the exhibition project, to the invited artists. He asked them to respond to the sent short story and a photograph with the goal that the exhibition would activate a space of dialog in which stories, experiences, statements would be exchanged and thus would be illuminated anew and influence each other. He wrote that he had decided on this particular story because it addresses themes that were important to him – the influence and consequences of the inexplicable, coincidental, and ephemeral on our lives and our conception of things.

Zabel set up the exhibition in a temporary space into which he also moved his office. In this space, he exhibited the artworks he received in the mail and dedicated himself to reflecting and writing about them, as well as to communicating with the visitors. The exhibition was above all a study and an effort to establish dialogical relations, an attentive reading of the artworks and the space, and a situation that was an inquiry into his own role as a curator.

In addition to the short story mentioned above and Zabel’s description of the project, the catalogue includes his writings about the invited artists and exhibited artworks, reproductions of the artworks, and preserved correspondence.

Ivian Kan Mujezinović/Ee designed the catalogue on the basis of the found outline.

You can read Igor Zabel's short story Inexplicable Presence and his description of the exhibition project by downloading the preview on the link. 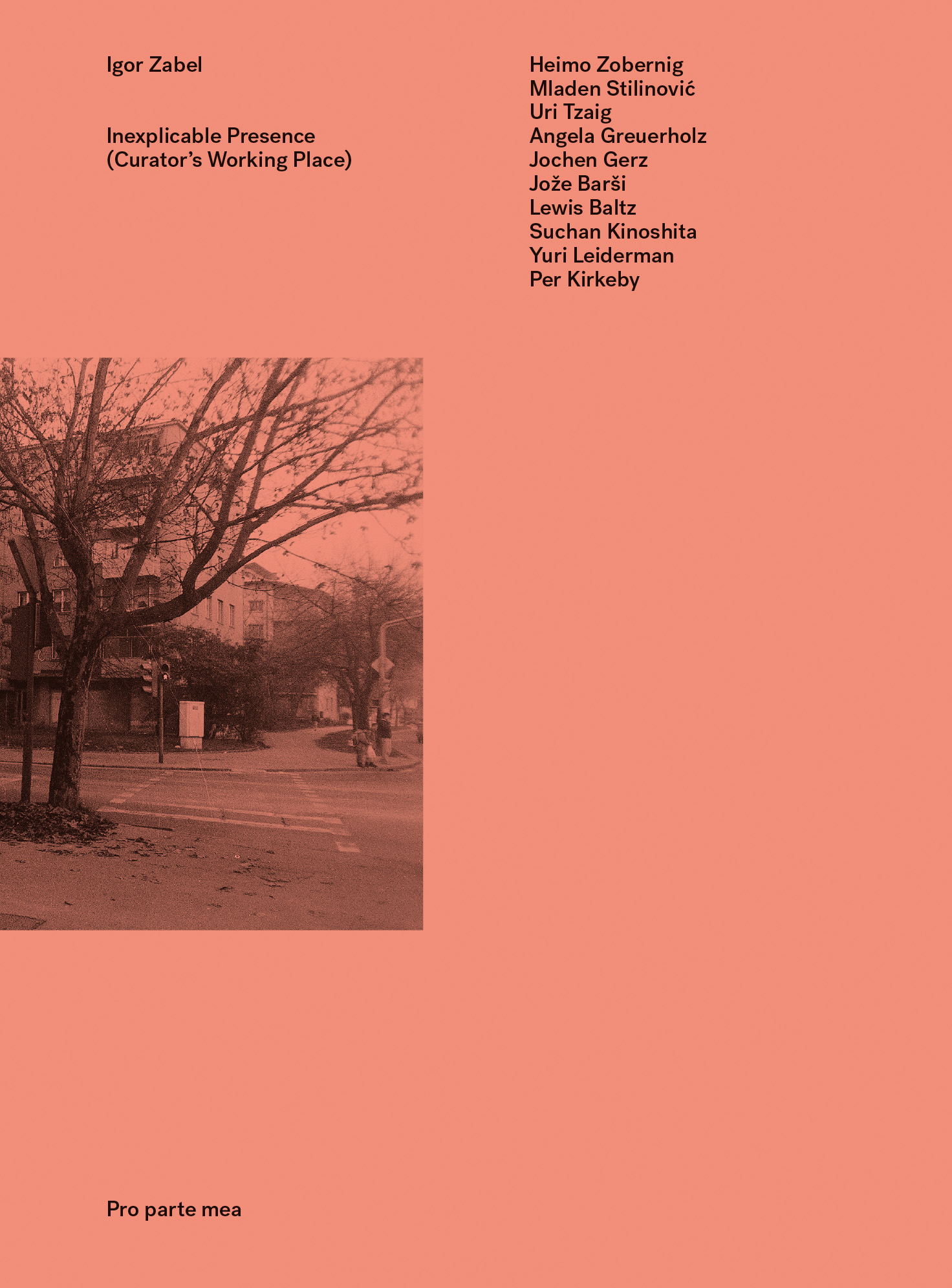